An energy survey is your way out of a steam trap 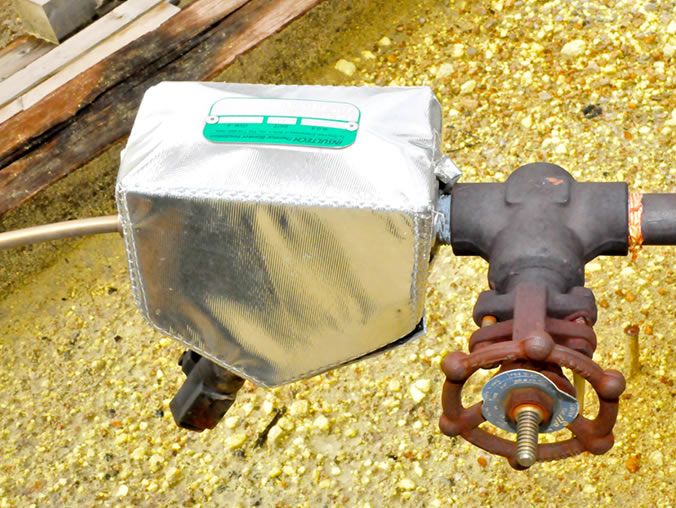 When you’re dealing with a steam trap or other components in a steam system, the choice of whether or not to insulate translates into money. According to the U.S. Department of Energy, “a one-inch thick blanket on an uninsulated six-inch gate valve in a 250-PSIG saturated steam line yields a savings of $525 per year.”

Steam traps are often overlooked for insulation due to how complicated it can be to cover them properly.

“The reason steam traps and other fittings are not insulated is due to the requirement for accessibility for maintenance and the trap’s complex geometry,” said Lauria. “Many times, when hard insulation or even poor-quality blankets are installed, they are not reinstalled after maintenance or inspection on a trap or valve. When you don’t replace the blanket, energy is lost.”

Though it can be difficult to do, insulating a steam trap can have a number of benefits; the first being the aforementioned energy savings. Another benefit: Insulating helps the steam trap operate more efficiently.

“If it’s properly insulated, you’re maintaining a better-quality steam and you’re releasing less heat, which means the trap would be firing less frequently,” said Lauria. “This can prolong the life of the steam trap and the system.”

The most effective way to insulate while also maintaining accessibility for inspection or repair is with a reusable insulation blanket, as they can be easily removed and reinstalled.

“A reusable blanket has inspection ports for workers to inspect the steam traps without removing the insulation. The blanket is also designed and made to be quickly and easily removed and reinstalled,” added Lauria.

“If you’re performing an energy survey, you have to look beyond steam traps,” remarked Lauria. “Look at the whole system, trace it from end to end to pick up other fittings that are uninsulated. Once components are blanketed correctly, the resulting energy savings is money in your pocket year after year after year.”