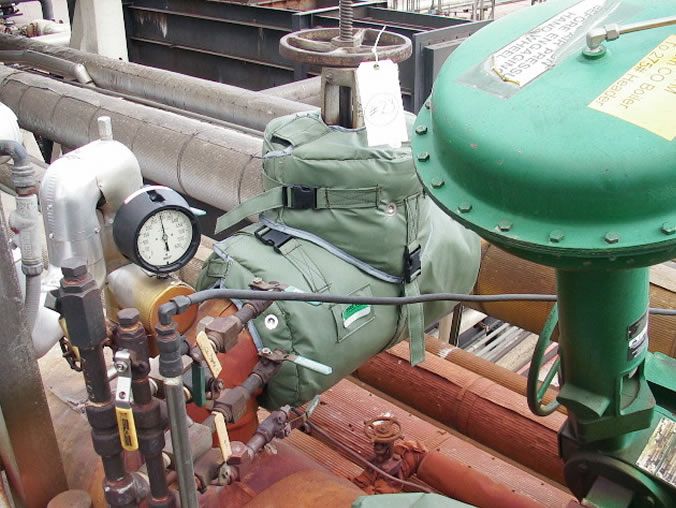 In 2019, Shannon Global Energy Solutions produced enough thermal reusable jacket insulation to prevent 118,000 tons of CO2 from affecting the planet. Since 2004, Shannon has prevented 1 million tons of C02 from escaping into the atmosphere. Some very conservative estimates peg the jacket insulation market at approximately $500 million annually. If the market’s insulation makers, including Shannon, produce about 1.6 million units of reusable jacket insulation annually, then the total C02 capture is around 3.6 million tons every year. Compare these numbers to the infrastructure bill President Biden recently signed.

The $1.2-trillion Infrastructure Investment and Jobs Act includes $3.5 billion for “a program to create four regional direct air capture hubs with the capacity to capture and sequester at least 1 million tons of CO2 annually from the atmosphere.” Direct air capture, or DAC, relies on huge fans to draw air to react with liquid chemicals that grab onto and hold CO2 molecules. A plant in British Columbia along the Squamish River aims to process 1,000 metric tons of CO2 each year. Another in Texas being built by a firm called Carbon Engineering says it will remove 1 million metric tons of C02 per year. But where does C02 go once a DAC hub captures it? Businesses that plan to run these hubs hope to sell carbon dioxide to petroleum companies that inject C02 into oil and gas wells that are near the end of their productive life to extract that last bit that’s left. So, for $3.5 billion we’re experimenting with the economics of capturing C02 and pumping it back into the ground to extract more oil and gas, which consequently, produces more C02.

A sustainable method of carbon capture

In contrast to DACs, reusable insulation is a long-proven, environmentally friendly, and sustainable tool for capturing millions of tons worth of the estimated 33 billion metric tons of C02 emissions produced worldwide last year. A typical food-processing plant or paper mill releases about 1,700 tons of C02 into the atmosphere each year due to uninsulated components. That doesn’t include the greenhouse gases (GHG) these facilities produce via other activities.

With public and private investment, the reusable insulation market could be even larger, easily more than $1 billion annually. But often federal funding and private investment and attention go toward developing new technologies instead of building on what has already worked. As we’ve written before in this blog, facility owners and operators can reduce GHG and save energy by insulating uncovered or poorly wrapped industrial components used by:

It’s a fact proven every day. Wrapping steam fittings, valves, and strainers with removable, reusable insulation blankets, is a low-cost measure that packs an outsized punch in terms of reducing a manufacturer’s carbon footprint.

Sustainability and carbon capture doesn’t have to be an either-or decision. A percentage of what was invested in the DAC hubs program could fund energy-survey programs across the federal government’s facilities and pinpoint components that require insulating. Reusable insulation makers who qualified for such a program could bid on jacket insulation projects for government facilities and assets (e.g., ships and vehicles). The U.S. government could broaden such an energy survey program to underwrite the cost of sending teams to identify and document GHG emissions and energy loss due to uninsulated components at private industry’s factories and facilities. For employers, sustainability directors, facility managers and maintenance chiefs reading this blog post, here’s the takeaway:  Before you turn to a new technology or approach to meet your sustainability and carbon goals, consider reusable jacket insulation. It’s a solution that’s worked for 30 years and continues to reduce energy and GHG every time it’s used.