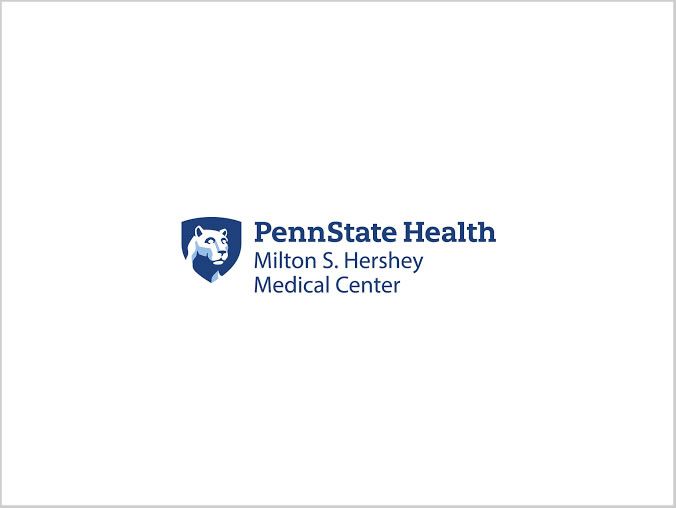 In 2009, the Penn State Health Milton S. Hershey Medical Center in Hershey, Pa., began a multiphase energy savings program, the first phase of which was led by Johnson Controls. A catalyst for the program was introducing electric competition by the Commonwealth of Pennsylvania, which removed rate caps and drove up the cost of electricity.

“We wanted to be prepared for that rate increase, so we looked at how we could reduce costs.”

“We wanted to be prepared for that rate increase, so we looked at how we could reduce costs,” said Kevin Kanoff, the campus energy engineer for the Milton S. Hershey Medical Center. Kanoff joined the medical center in 2009 as its new energy engineer, coming from the Pennsylvania Housing Finance Agency where he was a staff engineer and energy manager.

Although increased electricity costs, in part, spurred the program into action, Johnson Controls’ recommendations also included capturing energy loss from steam lines by using reusable blanket insulation. The impact of insulation is rarely thought of after it’s put in place. But the U.S. Department of Energy’s Advanced Manufacturing Office offers numerous calculations on its website for the savings that come from insulation. According to the Energy Department, installing “a one-inch thick blanket on an uninsulated six-inch gate valve in a 250-pound-per-square-inch-gauge (psig) saturated steam line yields a savings of $525 per year.” While all insulation is removable, reusable insulation is viewed by some as a green solution, since it allows maintenance workers and technicians to remove it, repair a component and replace the insulation to keep capturing energy loss.

Tim Janos, director of special projects for the Association of Energy Engineers, is a proponent of the green, or reusable, insulation approach and teaches a Certified Industrial Energy Practitioner (CIEP) course describing the value of reusable insulation. According to Janos, some facilities managers forgo insulating valves because they know maintenance workers need to access components. If the insulation isn’t reusable, says Janos, it is cut off and thrown away.

“If you accurately identify all the areas of heat loss and engineer and install reusable insulation correctly, an energy manager’s cost of ownership is little to none,” adds Frank Kovacs, president of Shannon Enterprises, a designer and maker of reusable insulation.

Kanoff contacted Shannon Enterprises in 2010 to conduct an energy survey and heat transfer analysis examining the fittings and valves for the medical center’s 150-psi steam lines, since those are located throughout the college of medicine and the hospital. The medical center’s 550-acre campus has 4.5 million square feet of building space, including 2.6 million square feet served by steam. Part of any heat-transfer equation is square footage, and insulating the steam lines offered a way to have an effect on a large area.

“Everything on a piping system should be insulated including fittings,” says John Puskar, president of Prescient Technical Services and an expert on codes and standards related to piping, furnaces and boilers. “Insulation systems appear to be simple, but doing them correctly can be complex.”

By walking the steam system for Kanoff, Shannon surveyed a list of items to insulate that included fittings, valves and flanges. In total, the audit identified energy-savings opportunities for nearly 80 steam components and calculated a payback within 15 months, based on a fuel cost of $12/MMBtu in 2010.

Other university hospital systems have seen a similar payback. Randy Haines, energy manager at Thomas Jefferson University in Philadelphia, says the primary reason he invested in reusable thermal insulation was for the payback.

Haines says, “We hired an ESCO, an energy service company, to look at what kind of energy efficiency we could get; part of their recommendation was to install reusable insulation blankets.

“Today, because of fracking, steam prices are around $13/1000 lbs., so the payback for our blankets if bought today would be more like two years,” adds Haines. “But any payback in less than five years is worth it.”

Armed with the data to move forward

With data from the audit, Kanoff moved forward with the design and installation of reusable insulation on his steam line components. To design the insulation blanket, Shannon employed a CAD/CAM system to create blankets that maintenance workers could easily remove, yet fasten in a way that made them stay on once reapplied to the steam component.

“The reusable insulation went on bare valves and fittings, some of which never had insulation because of the complexity of the component’s shape,” remarked Kanoff. “In other instances, maintenance workers had cut off the original fiberglass insulation, so they could access a part; they simply never replaced the insulation.”

The Hershey Medical Center installed the reusable blankets in phases, focusing initially on the large, uncovered 150-psi valves, which had a surface temperature of 366 degrees Fahrenheit. With the valves wrapped in insulation, the surface temperature of the blankets was under 100 degrees, reducing the risk of burns or injuries to employees working nearby. Kanoff also saw an 87 percent reduction in heat loss on the fittings where the reusable blankets were installed, resulting in a 14.45-month payback. The energy savings and improved safety led to a second energy survey for additional campus steam system components. The savings from this second survey encouraged Kanoff to order another set of reusable blankets for components under 150 psi. After several follow-on phases of the project, the medical center’s remaining conditioned space had been insulated by 2015.

Kanoff tallies his annual energy savings from reusable insulation at $250,000 and climbing, and the payback continues as long as the insulation is in place at the medical center.

“I’ve seen reusable blankets in place for 30 years,” says the AEA’s Tim Janos. “Think of the energy saved from a $500 blanket over 30 years.”

Savings as the sum of its parts

“The management that we do to keep steam traps – which separate condensate from water – from getting clogged and losing steam is important to saving energy,” remarks Kanoff. “A lot of things we do every year adds up to get us millions in annual energy savings.”

For example, having reusable blankets that maintenance crews can easily remove means they can evaluate traps and then put insulation back on the component, which is critical to managing our energy savings, adds Kanoff.

The success from the thermal insulation project not only led to additional installations across the medical center’s campus but also incorporated other products such as an acoustic blanket to reduce sound energy on a particularly loud valve.

Insulation is just one of a lot of things Kanoff focuses on to save energy. For instance, he has changed the medical center’s air handlers to variable air volume systems.

He also undertook a project for the center’s commercial kitchen, putting in place a variable vent hood system employing laser beams and heat sensors to detect the presence of particles from cooking. When staff are not cooking, the system senses the lack of particles and slows the kitchen’s vent hood fan motors. This alone has saved the medical center $55,000 per year.

For Kanoff and The Milton S. Hershey Medical Center, the strategies and savings continue adding up.