Thermal insulation’s effect on your carbon footprint, lending and profitability 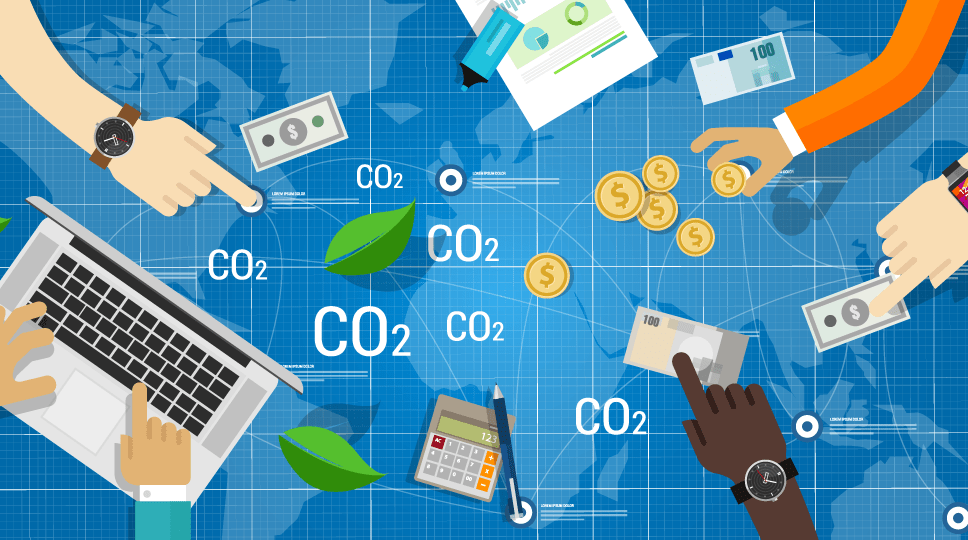 Should thermal insulation be part of a strategy for reducing your facility’s carbon footprint? Some banks in Europe are starting to screen borrowers more carefully about their carbon footprint. Will North American banks soon take a closer look at facility owners’ carbon risk, too?

Your carbon footprint is the amount of greenhouse gas (think CO2 and N2O) a business emits to make a product or provide a service. According to a 2019 report from the U.S. EPA, which tracks all U.S. emissions in its “Inventory of U.S. Greenhouse Gas Emissions and Sinks,” the transportation industry creates the largest share of greenhouse gases, or GHG, at 29 percent of total emissions. The power-generation industry, specifically electricity production, produced 25 percent of all emissions. And general industry, which emits GHG from burning fossil fuels and chemical reactions to make products, emits 23 percent of total emissions.

Last year, the Bank for International Settlements, which is a bank for the world’s central banks, examined the pricing of carbon risk in syndicated loans. Although lenders have priced carbon risk into loans since the 2015 Paris Agreement, the BIS believes banks are underestimating risk. Here’s why:  BIS says lenders have calculated carbon risk based on Scope 1 emissions, which are emissions from fuel combustion in boilers or furnaces owned by an employer, and not Scope 2 emissions, which are indirect GHG emissions linked to buying electricity or steam. As the public and governments focus on these distinctions, employers will increasingly see themselves constrained by market forces, stricter lending and more regulatory scrutiny.

In practical terms, the degree to which companies emit GHG will affect their ability to secure favorable terms for loans and even profitability. In the latter case, consider a government that imposes a price of $100/tonne of CO2 produced. That, in turn, effects a manufacturing facility’s margins if the plant produces, say, 100 tonnes of CO2 per $1 million of revenue. Canada’s Greenhouse Gas Pollution Pricing Act has already set the price of carbon emissions to Can$170 per tonne by 2030.

There are myriad ways for manufacturers to reduce GHG, of course. But one approach that facility owners can easily implement and get quick payback on is removable and reusable industrial thermal insulation. For example, we know a facility manager at a highly ranked U.S. university medical center who undertook a small, pilot project to insulate steam components of all shapes and sizes at his facility. After putting insulation in place and following up with an energy survey, he calculated a heat-loss savings of 1.5 billion BTUs per year and annual emissions savings attributable to the reusable blankets of more than 152 lbs. of nitrogen pollutants (N2O) and over 50 tons of carbon dioxide (CO2). The success of the pilot project led him to order thermal insulation for his entire facility, which led to significant savings in energy and emissions and that success, in turn, garnered industrywide recognition for him on the cover of Facility Executive magazine.

Around the world, citizens and governments are promoting energy conservation and raising their voice to reduce GHG. Employers who don’t avail themselves of every option for addressing these concerns will find it harder to do business. While installing removable and reusable thermal insulation is among the easiest strategies an employer can adopt to slash GHG, there’s a catch.  Finding quality insulation designed for your application is anything but easy. That’s because many suppliers of industrial insulation fail to adhere to testing, specifications, and standards such as those from organizations like ASTM, ISO and UL. For more than three decades, Shannon Global Energy Solutions has made developing standards and adhering to specifications, like the Construction Specification Institute-3 Part and 10 Part, the foundation on which it designs, makes, and sells its products. Shannon’s solutions are UL-tested to ensure a buyer has a product that exceeds the needs of the application it’s designed for. Any facility can conserve energy and reduce emissions through thermal insulation if the maker of the insulation designs the product to meet a set of exacting specifications equal to field conditions. Many companies sell insulation that’s inexpensively priced. But to do that, they cut corners in terms of the materials and construction of the blanket. In the field, that means a thermal insulation blanket might not fit a gate valve snugly, so heat energy escapes. Or the manufacturer saves several cents per blanket by running a single stitch (instead of a double-stitch) to finish a seam. As workers repeatedly remove and replace the blanket on a component, the blanket’s seam breaks; the maintenance team ends up throwing out the blanket and leaves an uncovered gate valve or steam trap that now wastes energy.

If the goal is saving energy and emissions, that can’t be done buying substandard thermal insulation. A few dollars saved on poorly designed blankets translates into insulation that (at best) fails to retain all the heat energy a quality blanket can. And at worst, facility owners must replace cut-rate, cheap insulation within a year or two causing them to buy it again and again. Facility managers who are truly reducing their carbon footprint are making an investment in quality thermal insulation that pays for itself in less than two years, lasts up to 15 years, and, ultimately, protects profits and the planet.