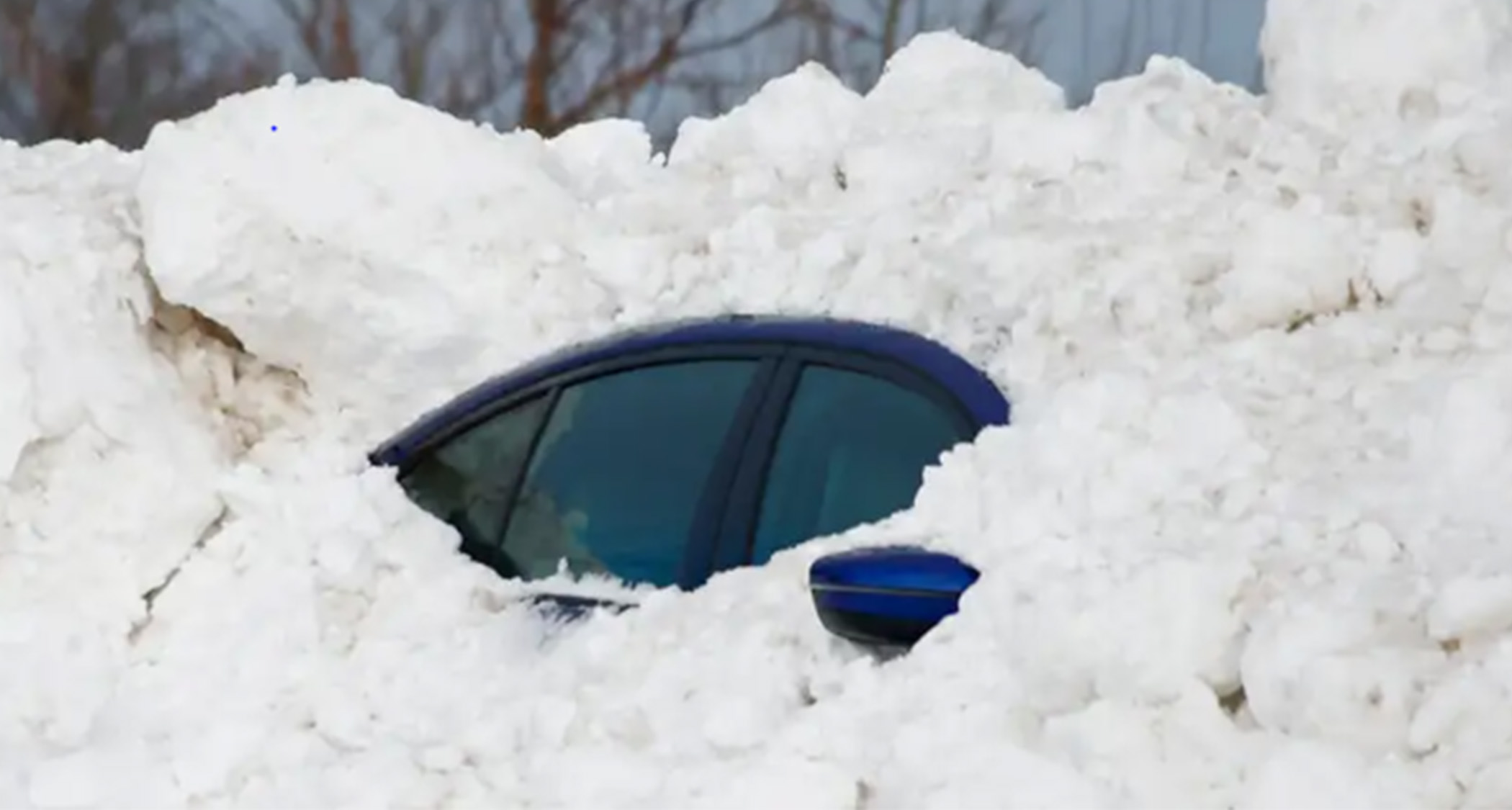 Battling Lake Effect Snow is One Matter, Removing Natural Gas as a Utility could be More Deadly

A good friend of mine from the south, forwarded to me an article entitled “The Cold Reality of Buffalo”, which discussed the geographic challenges of Buffalo, New York, Western New York. With Lake Erie to the West and Lake Ontario to the North, Buffalo and surrounding communities are blessed with amazing summer weather, lots of open water and then we are cursed with “Lake Effect” snow squalls that sometimes plague the region with heavy snowfall in the winter. The heavy snowfall is sometimes measured in feet, not inches. This makes for a great ski condition, but to live in it, drive in it and manage those crazy snow moments, it can be very challenging. On a serious note, sometimes life threatening.

The article centered on a recent snowstorm, that crippled the region, from Friday, December 23rd to Sunday, December 25th, with record snowfall, record cold temperatures and, record wind chill. The result of the perfect storm was a death toll eclipsing 40 and rising. In addition, the frigid cold resulted in power outages and extreme demand for utilities, to fuel home heating, cooking, hot water, and backup generator use. Not being prepared for this event, not having the supplies and or support, resulted in death. Talking about it is one thing, reading about it is another, but experiencing the event, well, for some people, its life changing.

Natural gas was a big part of the solution, to heat our homes and buildings, cook, produce hot water and to fuel the backup generator sets, when the electrical power failed. Natural gas was the true dependable utility. As an example, just down the street, 5-6 miles, the power outage lasted for 2 days, with temps in the single digits, wind chill temps in the minuses, houses were compromised with frozen pipes and extreme indoor cold. Homeowners, business owners and renters will be soon receiving record high utility bills because of the cold spell, many utility bills will influence a lifestyle change of either paying the bill or eating.

The article “The Cold Reality of Buffalo” is a viewpoint centered on realizing and accepting the value of natural gas as a reliable, dependable utility, a bitter cold fact that needs more attention. People depend on natural gas because the electrical grid is unreliable and getter more and more unreliable as electrical demand increases. New Yorkers should demand, affordable energy and they should demand accountability from law makers to drive responsible policy.

As an example, be aware of the development of two unnecessary New York State bills, banning natural gas appliances from homes and commercial buildings. Two New York State senate bills, S8198 & S6843B otherwise known as the Gas Transition & Affordable Energy Act and the All-Electric Buildings Act. These pieces of legislation remove the use of fossil fuel as a utility and dramatically increase the cost of heating your home, forcing electrical service, replacing natural gas. You will see below, the impact of this crazy legislation.

This legislative law, conversion from Natural Gas to Electricity represents a 547% INCREASE, to achieve the same energy outcome. Electricity is not cheap! Keep in mind, the average electricity bill in New York is already $215/Month ($2,580/Year/1500 SF Home). Combine these two bills and the monthly utility rate EXPLODES to $816.86 from $325.11 currently. The average homeowner will have to pay out $491.75/Month, more because of this policy.

To put things in perspective, New York City has roughly 77 million SF of office space. The gas to electricity conversion will add a whopping $26 Million in utility costs. Utility costs, passed onto the tenants that pay rent.

With U.S. electricity prices surging, up 15% in 2022, more people than ever are struggling to pay their utility bills. Currently, 20 million Americans households have fallen behind. That’s 1 out 6 homes and the amount owed has doubled since the beginning of the pandemic. Many states initiated shut off moratoriums which at some point, will end or in the case of New York State, ended last December. The result is an aggressive effort by utility companies to get paid, causing a tsunami of shut offs.

Solving the problem of sustainability and reduced carbon emissions can still be achieved with the use of this great resource, called natural gas. In a recent Shannon GES article blog titled “Your Campus Carbon Footprint is Bigger Than You Think”, natural gas use was the only reason why compliant college university campuses achieved their reduction goals on CO2. Natural Gas and modern technological improvements were the game changer for these campuses that invested in modern Natural Gas technology. The university campuses that did not invest, are polluting beyond industry norms with no regulation, no policy to drive change or improvement.

To put things in perspective, your electrical grid is sourcing electricity from power plants, burning natural gas & Oil (34% + 5%). Natural gas is already used in the mix of fuel sourcing to produce electricity. Hydro electric is finite, a fixed output, as well as Nuclear being fixed, so adding demand must come from either Renewable Energy (Sun, Wind, Geothermal), Natural Gas, Oil or Coal. Drawing electricity from a solar panel in the middle of the night, during a blizzard, is a bit of a challenge, and is highly unlikely. 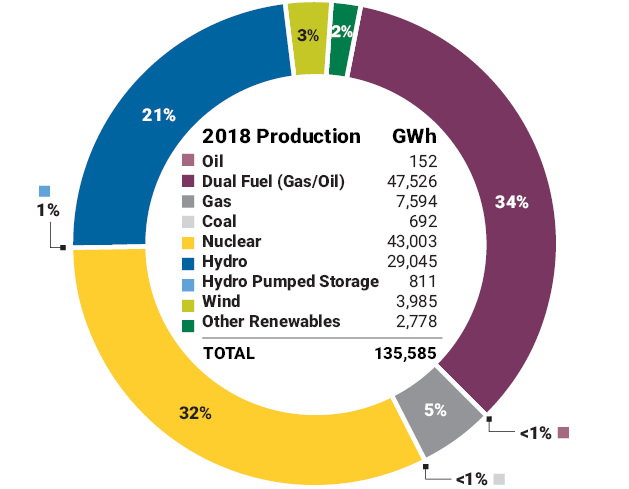 The largest and most significant impact on energy use and carbon reduction will be energy efficiency. In my 11/23/22 article post, “Distilling the Facts to Save Energy and Reduce Emissions”, the focus of this article is “Best Practices”, a simple focus on “Energy Conservation Through Insulation”.
Why not incentivize energy conservation?

As my friend from the south emphasizes, The cheapest energy is the energy you don’t use in the first place – insulation works!!

Finding ways to save energy can have the greatest impact on a CO2 reduction, or a carbon reduction goal. The Global Commission for Urgent Action on Energy Efficiency states, on an international scale, energy efficiency (37%) as the most compelling influence on sustainability, with renewables trailing at 32%, other sources well behind.

Before we strip the landscape of natural gas as a viable utility in New York State, we need to ask the question, the most practical question to solve this problem. Why not incentivize energy conservation? Why not enhance or expand existing state and federal incentive programs that drive energy efficiency? The result will be far greater, with far greater financial impact on the average utility payer.

Your Campus Carbon Footprint is Bigger Than You Think! | SGES (shannonglobalenergy.com)